Home » Blog » get the blessings of param pita parmeshwaram MAHADEV

get the blessings of param pita parmeshwaram MAHADEV 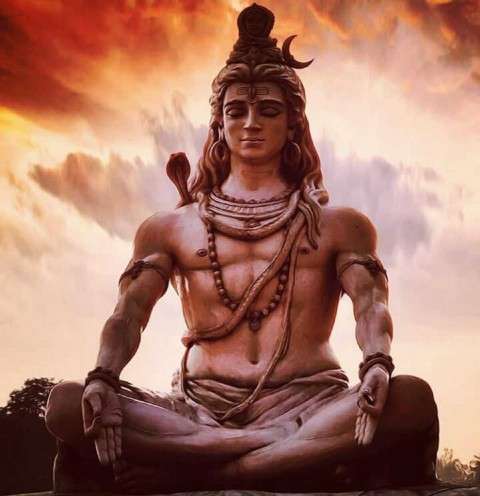 Amongst the twelve months, the month of Saawan (5th month of the Hindu calendar) is very dear to
me, its glory is worth listening to, thus it is named Shravan. In this month, the full moon containing the
Shrawan star is seen, thus it is also called Shrawan. By listening to its glory only, one gets rid of all the
sufferings.

According to the Indian calendar, the fifth month of the year, which comes in the month of July-August,
as per the English calendar. It is a very sacred month for the Hindus, it brings a lot of rain, along with it.
Scorched with the heat of the Sun, the dry Earth gets satisfied with water. The Earth gets dried up, due
to the heat, which goes away in this season, giving new spirit and agility to our bodies. It is during this
month, that we have festivals like Green Teej, Raksha Bandhan, and Nagpachmi, etc., The full Moon in
Shrawan is celebrated in South India, as Coconut full Moon and Avani Avattim and in Central India as
of the Green Moon and Avani Avatatim in southern India and Kajari Purnima in Central India in North

India. It is celebrated as Raksha Bandhan. This month is dedicated to Lord Shiva, and in this entire month,
a huge crowd of devotees throngs the temples of Lord Shiva to worship him. The women observe fast every Monday, during the month of Saawan. It is believed that any unmarried girl, who observes the fast
of Monday in Saawan, gets a husband, according to what she has desired in her dreams.

Worshiping Lord Shiva in the month of Saawan

The Rudraabhishek of Lord Shiva in the month of Saawan holds a special significance. In this month, the
Rudra Abhishek can be done on any day, whereas in any other month, an auspicious time has to be seen.
The Rudraabhishek of Lord Shiv should be done with Milk, curd, butter, sugar, and honey, after that, he
should be bathed with the water of the sacred river Ganges. After giving a bath, the offerings of the leaves
of Bel, Dhatura (Belladonna), and Shreefal (Dried Coconut) should be made. During the month of
Saawan, one should think and meditate the name of Lord Shiva and Mother Goddess Parvati, while
chanting Lord Shiv’s five letter verses and worship them. In the month of Saawan, Monday holds a lot of
significance. The Moon representing Monday. “Chandramaa Manso Jaatah” the Moon is the lord of the
mind, and it is placed on the forehead of Lord Shiv. This means, that Lord Shiv does the Moon on
his forehead, and controls it, and makes the devotee concentrate his mind. With the grace and blessings
of Lord Shiva, the problems of the humans are huddled away and he constantly keeps his gracious vision
on his devotees.

The journey of taking water from

The river Ganges and pouring it on the Shiv Lingam As per the mythology, if one anoints Lord Shiv with
the water of the holy rivers, the Shiva gets pleased very quickly and easily and grants the desired wishes
to the devotees. This way, to please Lord Shiva, his devotees organize the Kaanwar journey. Kanwar
word has been named from the Sanskrit word Kaanwaarathi. It is a kind of stick, carried on shoulders to
lift a load. It is made with a bamboo strip. This kaanwar gets ready completely, only when it is decorated
and the holy water of river Ganges is stored, with the chanting of holy verses with Vedic rituals, on the
pots on each of its two ends. These devotees complete this journey, with dedicated feelings and
devotion for the Bhole Baba. There is an anecdote that the devil Raavan was the first Kanwar. Also,
Lord Ram also took this journey and offered the Kanwar to Lord Shiva.