The sleeping time of Lord Vishnu 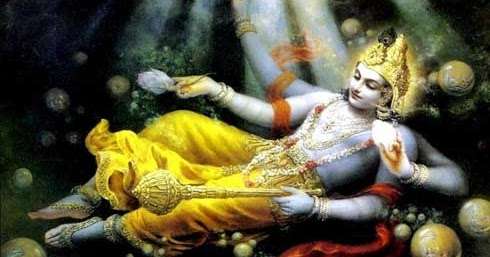 It is believed that from Harishayani Ekadashi to Kartik Shukla Paksha Ekadashi, Lord Vishnu sleeps in
Kshirsagar for four months and no auspicious work gets importance due to Shrihari going into sleep
period.

According to the Sanatan Dharma calendar, the Harishayani Ekadashi is falling on the 11th day of the
Shukla Paksha in the month of Aashadh the starting of the Monsoon, in the year 2074, (20th July, as per
the English calendar). Harishayani Ekadashi is also known as Devshayani, Padmanabha, and Prabodhani.
According to the Future Purana, Padma Pursanaand Shree mad Bhagavata Purana, Harishayan has also
been called Yognidra Ekadashi. On the day of Harishayani Ekadashi, for the purification of body, for
beauty and long lifespan, yogurt, butter, and cow urine. For the growth of the clan, of the milk. For
achieving good virtues for the entire clan, eat food without asking for it. Jaggery, for a sweet voice.
Mustard oil for the destruction of enemies. Sweet oil for longevity, for good luck of children and grandchildren. For attaining heaven, the offerings of flowers, etc. Sleeping on the bed, the company of wife, telling
lies, eating meat, honey and food given by others, radish and brinjal/eggplant, etc. should also be avoided
on the day of the Devshayani Ekadashi. Fasting on the day of Harishayani Ekadashi, makes all the wishes
of the devotees come true. The word ‘Hari’ is used to address Lord Vishnuji and the word ‘Shayan’
means sleeping. It is believed that from this Ekadashi to the Ekadashi falling on the Shukla Paksha of the
month of Kartik, Lord Vishnu sleeps in the Sea of Milk for four months. Due to Lord Vishnu going into
sleep, none of the auspicious work gets any importance. This is why, during this time, marriages and
other auspicious occasions are stopped. These four months are also known as Chaturmaas. After
Chaturmaas, when the Sun enters the Libra zodiac, the resting time of Lord Vishnu ends. The day, when
the Chaturmaas ends, that same day, the fast of Devotthaani Ekadashi is observed. Along with it, the
starting of the auspicious occasion also commences.