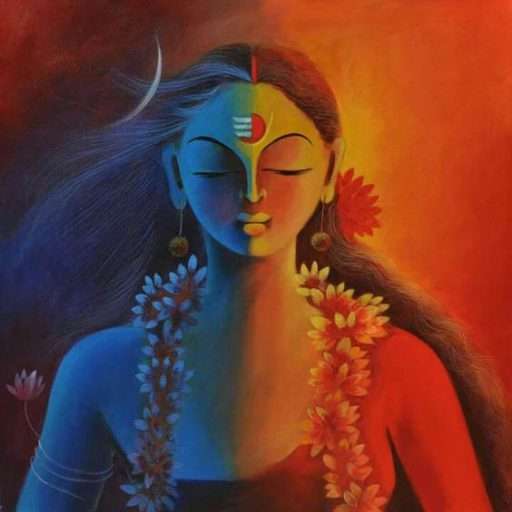 When Sun makes a revolution around the earth, four types of special unions fall in a year out of which the two of Navratra that fall in the month of March and September are exceptionally special. This is the time when contagious diseases spread very drastically and germs are highly active. The meeting time of the two seasons gives rise to various kinds of physical elements. Hence to keep our body healthy and pure, we keep the fast of Navratri is a complete procedure where people try to keep themselves mentally and physically. This is termed Navratra denotes nine nights. During this period, the nine forms of Goddess Durga are revered. It is because the term ratri denotes siddhi. Our sages have given more importance tonights than day time. This is the prime reason some important festivals like Deepawali, Holika, Shivratri, and Navratri are celebrated during night time. Since night has a special significance in these festivals, these festivals have been termed so using the term ‘ratri’. Navratri falls four times a year. In this Chaitra and Ashwin, Navratri has a special significance. Chaitra Navratri falls on the first day of Vikram samvat i.e.on the Chaitra month Shukla paksha from pratipada till nine days. In Chaitra Navratri, people do lots of holy pujas and make themselves strong from a spiritual and mental standpoint. For this, they do lots of fasting, follow rules and regulations, do bhajans, kirtans, yajnas, and yoga sadhana. People try to attain various kinds
of siddhiya by chanting the beej mantra of Goddess Durga. During Navratri people conglomerate in huge numbers on 51 paths with high enthusiasm and worship the goddess. There is a common scientific explanation behind it. Most of the hurdles come to an end of nature during nighttime. Our saints were aware of this scientific fact millions and billions of years ago. If you notice that sound is heard more clearly during night time than the day time. Apart from the worldly commotion caused during the day, there is one more reason. Sunrays create hindrance and prevent the sound waves and radio waves to move ahead. Radio is a live example of this. You would have felt that weak channels of radio cannot be heard during day time but they are clear during night time. The scientific reason behind this is that the way sunrays stop the radio and sound waves during daytime; our thought process and mantra chanting are also interrupted in the same manner during the daytime. Hence sages have given due significance to
nighttime for chanting. Shankha and temple bells clean the atmosphere to distant places by creating a vibration when they are rung and played. The same is the magic of the night. Those who keep this scientific principle in their mind and do Sankalp at night and send their vibrations with strong dedication and devotion in the cosmos, their job gets accomplished with minimum hurdles. Their auspicious promises performed in a proper way on proper time come to its completion speedily. The nine forms of Goddess Durga are revered on different days. Those who keep fast for nine days do parayan on dashmi tithi. Devotees fasting on the first and eighth should do parayan on the ninth day i.e. ‘Navami tithi’.Many people light an Akhand Jyoti too with Kalash sthapna. Also, they do the Durga saptashati path during mornings and evenings and do aarti thereafter. If they can’t do the Durga saptashati path, they can chant the navarna mantra. In Durga Puja, devotees should never offer aak, Madar, doob, and tulsi at any cost to Goddess Durga. They can offer flowers or garlands of jasmine, rose, hibiscus, lotus, and other flowers.

Worship and Remedies for the nine forms of mother power

Remedy- If you rever the goddess with desi ghee and mishri, you get blessed with the desired land and property. If the younger girls are offered cosmetic items, fragrant perfumes, and fresh red-colored flowers, you get all the benefits stated above.

2.BRAHMCHARINI– The second day is devoted to Brahmacharini. By her, one gets blessed with good education and earning opportunities through business.

Remedy– Offer 45 pairs of cloves along with camphor and the petals of red rose during havan.The individual gains success in the education. However, donates fresh sweet fruits to girls, he gets financial gains
in business too.

3.CHANDRAGHANTA– She is considered to eliminate all the hurdles from an individual’s path. She frees them with all the sins committed during the past.

Remedy– By serving cow’s milk kheer you will get relieved from all types of unhappiness, monotony, depression, etc as their all issues get solved and they become rejuvenated with an optimistic source of energy. After the reverence, the younger girls should be offered kheer, halwa, or any other delicious sweets.

4.KUSHMANDA– She is the fourth form of Goddess Durga. It is believed that Goddess gave birth to Brahmaandfrom her womb. The Devi should be offered a red-colored rose to make her happy. By doing so, the individual is blessed with happiness and prosperity.

Remedy- Goddess should be served with the Prasada of malpua. It makes the individual happy, satisfied and prosperous.

5.SKANDMATA- If the individual revers the Goddess Skandmata, they get relieved from all types of evil powers, like bad eye, etc. The individual gets success in transforming the most impossible tasks into possible ones.

Remedy-To gets relief from the bad eye, one should wrap following with ingredients like 6 Pinches of Kumkum, 6 Cloves, 9 Bindi, 6 Koriya and float them in running water. Furthermore, they should also give 21 aahuties of Kamal Gatta, Desi Ghee, and white Burfi.

6.KATYAYNI– Maa Kaatyani is worshiped in the sixth form of Goddes Durga on the sixth day of Navratri. It is believed that if unmarried girls worship Mother Katyayani Devi, then the sum of their marriage quickly becomes. It is believed that mother Katyayani wasborninthehouseofMaharishi Katayatan. Pleased with the penance of Maharishi Katyayana, Aditi Shakti himself was born as a daughter to her. Katyayani is the goddess Devi of Brajamandal. Mythological belief is that the Gopis worshiped them to get Shri Krishna. After marriage, mother Katyayani is also
worshiped for a good start to marital life. If Taurus and Libra people worship Mother Katyani, then the entire problem will be solved. Mother Katyani is considered the most fruitful of all the ladies. They have a lion and they have four sides. The special mantra of goddess mother is as follows: ‘Om Hreem Katyayani Swaha’. With this chanting chant, you should also give 108 sacrifices to the Goddess in front of the mother goddess.

Remedy- Float the jaggery in running water after putting it in the dough and covering it all over. Furthermore, you can also put some milk, curd, ghee, sugar, mishri, camphorandhoney in a mud pot and chant the Durga navarna mantra and keep it underground after digging.

8.MAHA GAURI- If one is blessed with the Goddess Mahagauri, the individual will never face issues with wealth and prosperity.

Remedy- Mix the mud with ghee and water and prepare 9 balls. Dry them in shade and keep them with yellow vermillion in a bowl and offer them to the goddess. Ensure to float them in a river on the 9th day of the Navratri. While we sindoor as tilak while going to an office. You will definitely gain wealth and prosperity.

9.SIDDHIDATTRI- Siddhidattri is a symbol of wealth and prosperity. She possesses the power of this world. She fulfills all wishes of her disciple.

Remedy– The female owner of the house should plant a Tulsi tree almost 3.5 feet above the ground. Apply sindur and give water. From asthami to Chaturdashi of Krishna paksha, must light a Diya every day. It will bring happiness and prosperity to the house.